My Paranoia of Social Networks

When I learned about MySpace, my greatest fear was that it would expose my personal information to identity thieves who would proceed to ruin my credit.
So I didn't sign up for MySpace.
When I learned about FaceBook, my greatest fear was that it would overshare personal information to the wrong people in my social groups and damage my relationships.
So if you have to ask... 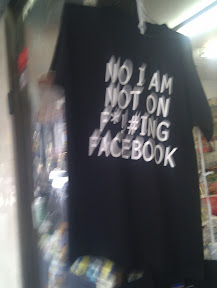 When I learned about Google+, my greatest fear was that Google would eventually collect enough information about me that they could kidnap me and replace me with a replicant and nobody — not even my own family — would notice the difference.
So I signed up for Google+.
Even if my worst fears about Google+ come true, there's a good chance that my replicant would do a better job of being me than I have so far.
Posted by Unknown at 10:37 AM 1 comment: